Global health and the Section of Global Health at the Department of Public Health, University of Copenhagen has lost an inspiring scholar and infatigable spokeswoman for health and human rights, in particular sexual and reproductive health and rights (SRHR), external lecturer Siri Tellier. 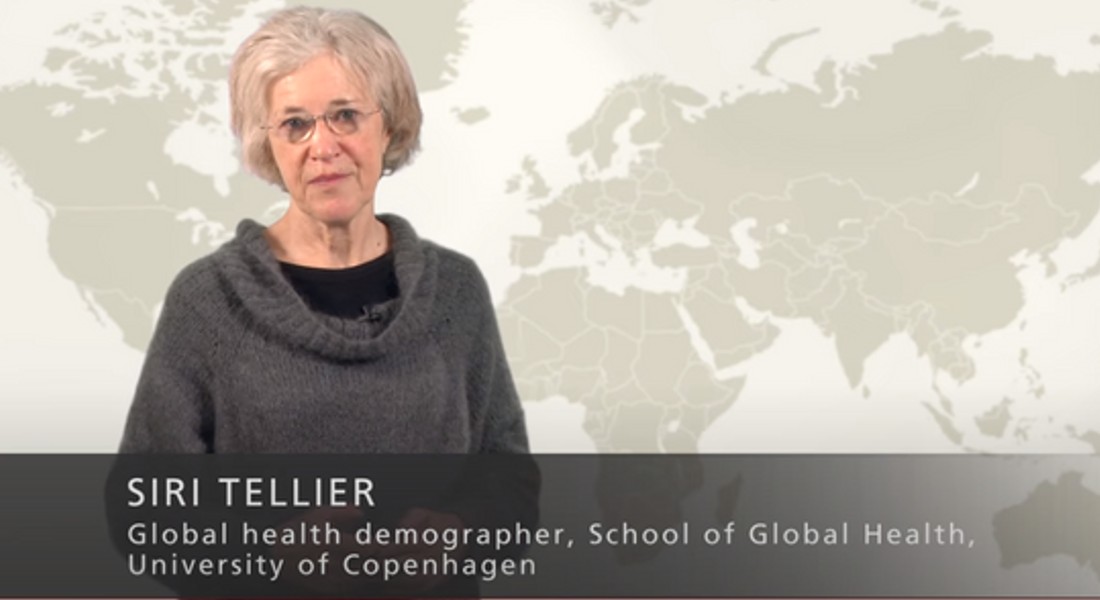 Her c.v. illustrates well her interests in international collaboration, teaching and research, briefly summarized below.

She was trained in the West, at one of the World’s best universities, Harvard, obtaining a BA in biology and MPH in public health, specialization in population sciences. In the East, in countries where human and reproductive rights are not straightforward, e.g. China and North Korea, she worked for UNFPA 1980 - 1982 as Country Coordinator and again 2002 - 2006 as UNFPA Representative China & Country Director North Korea.

Her work was highly appreciated by collaborators locally and in the Geneva headquarters, leading to a position as Director in UNFPA 2006 – 2009. In between, she worked as Director of the International Department of Danish Red Cross 1992 – 2001. Here we first met and shared ideas of how to train and research in international SRHR and demography and how to make the work of international agencies more evidence based and better coordinated with local authorities and communities.

After retirement from UNFPA in 2009, we were so fortunate to draw even more on Siri as external lecturer, both at courses in public health, international health and later in disaster management and global health. Siri was also instrumental in getting the neglected areas of non-communicable diseases and mental health onboard in the policies and practices in disaster-management.

Siri was a highly appreciated teacher and supervisor known for her ability to use personal experiences and real life examples to illustrate principals and dilemmas in population policies, human rights and global health diplomacy. Siri was a first mover in the use of digital elements in teaching and became a popular provider of inputs to online courses implemented by University of Copenhagen partners throughout Europe and beyond.

As late as 2 weeks before she sadly passed away from a malignancy she had fought against for more than 5 years, she warmly spoke about how to apply reproductive health and rights and against misinformation and misunderstandings of demography and population development. The same morning as she peacefully passed away in the afternoon at Bispebjerg Hospice Department, one of us sent her a picture of a painting of the American painter and writer – and female reproductive right fighter - Leonora Carrington, currently exposed at ‘Arke’, Museum of Contemporary Art. The title is “the Magdalenes” (also the name of long term residential homes for adult women survivors of sexual exploitation). The older women gives the younger a small pearl – a birth control pill. At the same time she passes on her wisdom, insight and strength to new generations, symbolized by contraception.

Truly Siri has passed on all her wisdom and visions to her two bright children Marianne and Laurent, working with reproductive health and bioinformatics, respectively, and to all her colleagues and not least hundreds of students who have benefited from her guidance. Fortunately, in her last months she managed to pass on pearls, in form of a series of short video lectures, which can be found under a dedicates site on the University of Copenhagen server. She will be greatly missed and our thoughts go to her family.

School of Global Health had the honour and pleasure of working with Siri Tellier on numerous occasions. Below you will find links to some of the activities we did with her.

Other open resources with Siri Tellier