Family planning, maternal health and menstrual health are public health areas that has changed a lot over time. At a symposium organised by the School of Global Health, the Masanga Hospital, IMCC and UNFPA about sexual and reproductive health and rights of rural populations on 20 September 2019, Siri Tellier, External Lecturer at University of Copenhagen, gave a keynote speech about her five decades long career within sexual and reproductive health and rights.

See the full keynote speech in the below video

Here are some of the key points made by Siri Tellier in her speech:

Family Planning across time and countries

The 60’s were a significant decade for family planning. Women became more liberated with the introduction of new kinds of effective and women controlled contraceptives and at the same time, more women entered the job market. On the other hand, there were concerns that, especially in low- and middle income countries, the birth rates were too high.

The 60’s and the 70’s were more or less characterised by a struggle between worrying that young women did not have access to family planning on one side and the fear that high birth rates would lead to catastrophic overpopulation on the other side. An example of this struggle could be seen in France, where laws that prohibited the access to family planning, were deemed unconstitutional in 1967 all the while still enforcing the same laws in their African colonies.

Maternal Health: A clear definition makes all the difference

On the topic of Maternal Health, Siri recounted a project she did in the 80’s, where she helped train birth attendants so they would get better at their job. Parallel with this project, in 1985, a paper called ‘Where is the M in MCH ('Maternal and Child Health)’ was published, drawing attention to maternal mortality. A couple of years later WHO came up with a definition of what maternal mortality was. This enabled Siri and others, working with  maternal health, to collect data and make an estimate on maternal mortality which would go on to reveal that the maternal mortality was responsible for the death of over 500.000 women in a year.

Sexual and reproductive health – what have we learned?

Sign up to receive our latest global health stories and news about education, research and opportunities.

Thank you! You have successfully subscribed to our newsletter.

Jemilah Mahmood and Ricardo Mena talk about “What should COVID-19 recovery look like?” on an online…

In November, 4EU+ and the School of Global Health will be hosting a new case competition for… 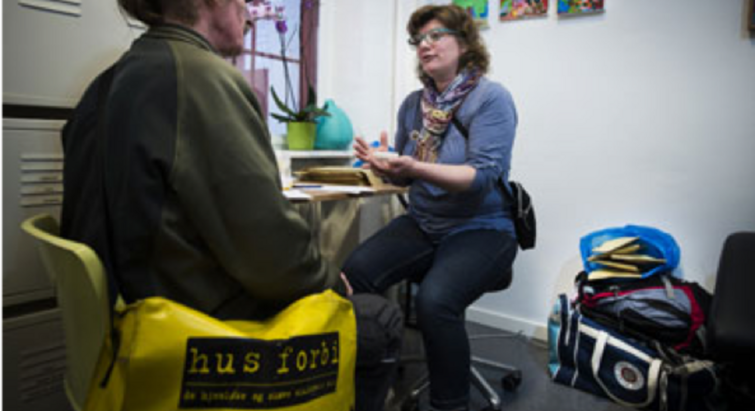