Launch of the State of the World Population Report

Inequality in health linked to poverty is on the rise worldwide. United Nation Population Fund’s (UNFPA) State of World Population Report 2017 presented at Medical Museion on 1 November confirms this. The School of Global Health, University of Copenhagen hosted the event and among the guests was her Royal Highness Crown Princess Mary of Denmark.

The old auditorium at Medical Museion was full when Dean Ulla Wewer on Wednesday welcomed everybody at the launch of the new report from UNFPA the State of World Population (SWOP). This year, the report focuses on sexual and reproductive health and rights (SRHR) - and the inequalities within this area which are seen globally.

As also revealed by the title of the report, ’Worlds Apart – Reproductive health and rights in an age of inequality’, the increased focus on SRHR has shown that the global inequality is significant.

At the School of Global Health, it is the goal to reduce inequality as much as possible, and with the hopeful words 'Maybe we are not worlds apart. Maybe we are truly one’ Ulla Wewer introduced the first speaker, Jonas Bering Liisberg, State Secretary for Foreign Policy at the Ministry of Foreign Affairs and representative for the Minister for Development Cooperation, Ulla Tørnæs.

‘Sexual and reproductive rights are one of the Minister's top priorities’, Jonas Bering Liisberg began, and he then continued: ‘Next year we will double the funding for UNFPA and their work to ensure that young girls have the best prerequisites when it comes to making choices and controlling their own life and body’. 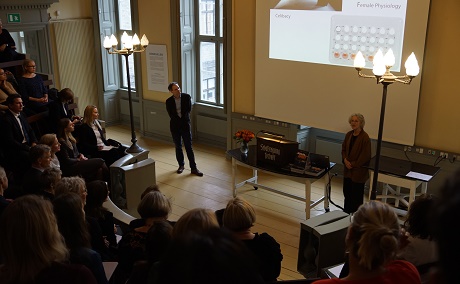 Sexual and Reproductive Health Throughout the Ages
SRHR has long been in focus globally, and to add a historical perspective to the initiatives that have been taken over time Professor and Director of School of Global Health Flemming Konradsen and External Lecturer at the Global Health Section Siri Tellier gave some examples of developmental milestones within the field. Historically, special attention to good hygiene has played an important role for better SRHR in Denmark and other western countries, said Flemming Konradsen.

‘There was a theory (Dr. Semmelweis in the 1800s, ed.) that medical students transferred diseases from the autopsies they conducted prior to entering to the maternity ward. Therefore, students were asked to wash hands in chlorinated lime before each examination. This reduced the maternal mortality rate from 18 to 1 per cent’.

In addition to hygiene at the maternity wards, Flemming Konradsen and Siri Tellier mentioned hygiene in connection with menstruation and the possibility of family planning as two decisive parameters in relation to SRHR in low and middle income countries.

Some more recent initiatives within SRHR were presented by Professor of Biomedical Engineering Muhammad Zaman from Boston University. The technological development offers some completely new ways to ensure SRHR. It may e.g. be a solar/battery driven hard disk that projects slides with lectures in midwifery and thereby allows training of midwives in low and middle income countries or a machine that tests drugs for active ingredients for quality assurance of medicine.

Family Planning and Contraception
Although innovation and political will have paved the way for better conditions within SRHR, there is still great inequality. Not surprisingly, the SWOP report shows that the problem is greatest in the poorest countries where there is no access to the necessary health services such as information, contraception and midwives.

Therefore, Director of UNFPA's Nordic Office Pernille Fenger argued that one of the most important things that may be done to offset inequality is to give the most marginalised women an opportunity to choose when and how many children they want. 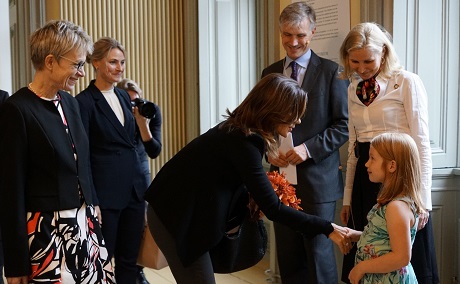