During the first decade of this millennium, many thousands of people in Uganda who otherwise would have died from AIDS got second chances at life. The essays in Second Chances draw on personal accounts and a broad knowledge of Ugandan culture and history to explore antiretroviral therapy from the perspective of those people. Find an extract from the book introduction below.

"Lotte Meinert and Hanne O. Mogensen were closely involved with people who were sick and dying during their ﬁeldwork in eastern Uganda. Godfrey Etyang Siu, Jenipher Twebaze, Phoebe Kajubi, and David Kyaddondo, like all Ugandans, were aﬀected by suﬀering and death in their own families and among friends and colleagues. Even more than we from Denmark, they could not get away from Public talk of the epidemic was constant a private distress and helplessness over the lack of treatment was just as constant until 2004. We began working together under an Enhancement of Research Capacity project that ran from late 1994 to 2008. Supported by the Danish International Development Agency, it linked two Danish universities with the Child Health and Development Centre, a small, cross- disciplinary unit at Makerere University. The theme of our cooperation was the changing relation between communities and health systems. 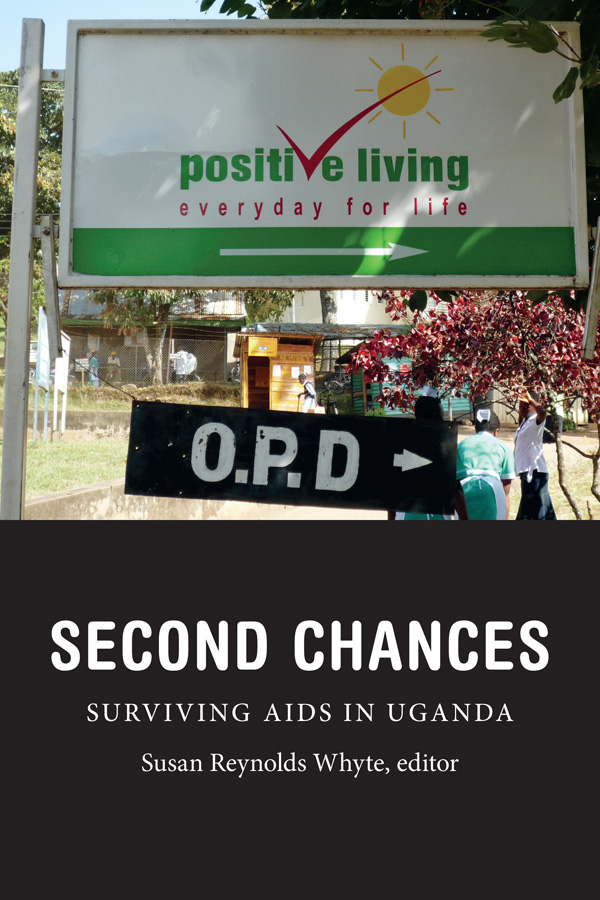 We called our project TORCH for Tororo Community Health, Tororo being the district where our project was anchored and where, by the end, ﬁve of us had done long- term ethnographic research for doctoral dissertations. Although our project initially did not address AIDS, (many other researchers were ﬂocking to that topic), we did studies with health workers and families seeking treatment for all kinds of problems, which provided a necessary context for our work on second chances toward the end of the TORCH project. We ourselves formed generations in an academic genealogical sense. Michael and I are the grandparents. Under TORCH, Michael was the supervisor of David, then a lecturer in Social Work and Social Administration at Makerere. I advised the two Danes, now my colleagues, Lotte and Hanne.

The next generation of Ugandans, Jenipher, Phoebe, and Godfrey, all went on to earn doctorates in various aspects of AIDS in Uganda ended. Hanne supervised Jenipher, who was awarded her degree in Copenhagen. David and I are co- supervising Phoebe, who is registered at Makerere University. After completing a master’s at Copenhagen, which I co- supervised, Godfrey went on to earn a doctorate at the University of Glasgow, working with Janet Seeley, whom we met through our research. Academic generations are much shorter than kinship generations; still, by any standards, our engagement with one another has been enduring and fruitful.”